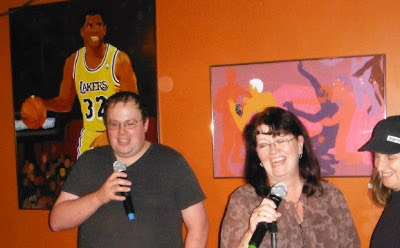 Thank you to everyone who showed up to my NBA Art Show at The Rendezvous!  It was fun to watch the Celtics play the Bulls in the midst of all the portraits.  Muggsy and Durant were huge and hanging out near the bathroom.  Jeremy Lin was teeny and flying up the wall.  A fly or two landed on Garnett.  (Pictured left is part of the show which was up in time for karaoke night at the Voo!) 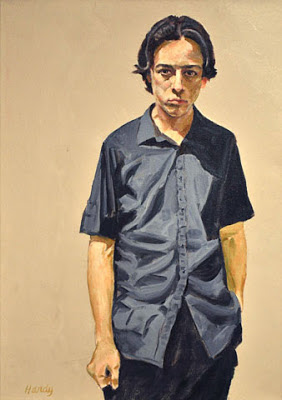 My close friends Max Bean (pictured right, in a painting done years ago by the artist John Hardy) and Mojo Lorwin were in town to visit.  Max is a writer/teacher involved with many political and social movements in New York City.  Mojo is a musician/writer/teacher who recently campaigned and organized for Obama in New Hampshire and played in the nyc based band 'Thunder and Lightning.'  Max taught me a very cool associative word game that Lawrence Detlor (poet and math genius) taught them.  I've already played it with my Flying Object class and my College Writing class at ELMS.


Here are the rules in case you want to try it:

1) One person thinks of a word (typically a noun) and says "one."  They do not say the word they are thinking.

2) Another person thinks of a word (typically a noun) and says "two."

3) The two "speakers" wait a beat and then say "three" in unison.

4) Also in unison (or near unison), the two speakers say their words aloud.

5) Everyone playing (including the two initial speakers) try to think of a word "in the middle" of the two words.

6) When someone thinks of a word that might possibly be "in the middle," they say "one."

7) The game continues until two people arrive at the same word.

You can't repeat the same word in the same game.

Sometimes the same word is arrived at on the second round.  "Plant" "Beer" and then the next two people said "Weed."  "Banana" "Three" and then two people said "Bunch."  Other times, the words circle around each other and it takes 20 rounds to find common ground. 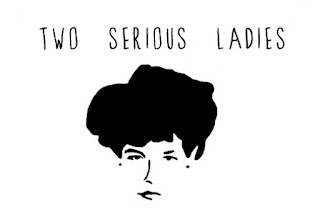 In poetry news, I am thrilled to have poems up at two of my favorite sites of all time, Two Serious Ladies, and C.A. Conrad's amazing Jupiter 88 series (of video poems) along with recent additions to the site: Guy Pettit, Emily Pettit, Seth Landman, Caryl Pagel, and many more! 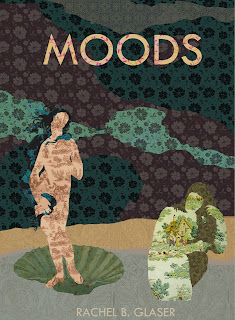 The four poems at Two Serious Ladies, and the poem on Jupiter 88, are all included in my upcoming collection "MOODS" which comes out this February from Factory Hollow Press.  Here are two early cover ideas for MOODS, neither of which will be the actual cover, but were considered and took up a fair amount of my time. 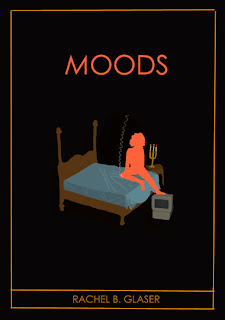 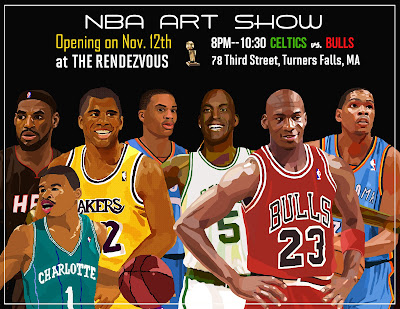 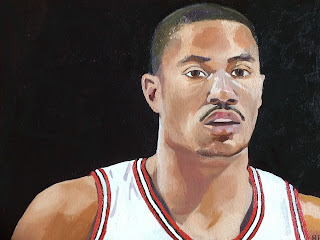 I'm pleased to have my first NBA Art Show, which will be opening at The Rendezvous in Turners Falls, MA.  I have been holed up working on finishing many half started paintings, including this D Rose in Oil. 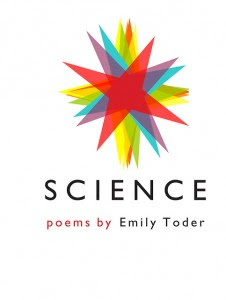 In local writing news, I have purchased Emily Toder's first book of poems, "SCIENCE" and I am very excited to read it!  Here is a poem of hers (taken from the online journal Sixth Finch).  You can order the book here. 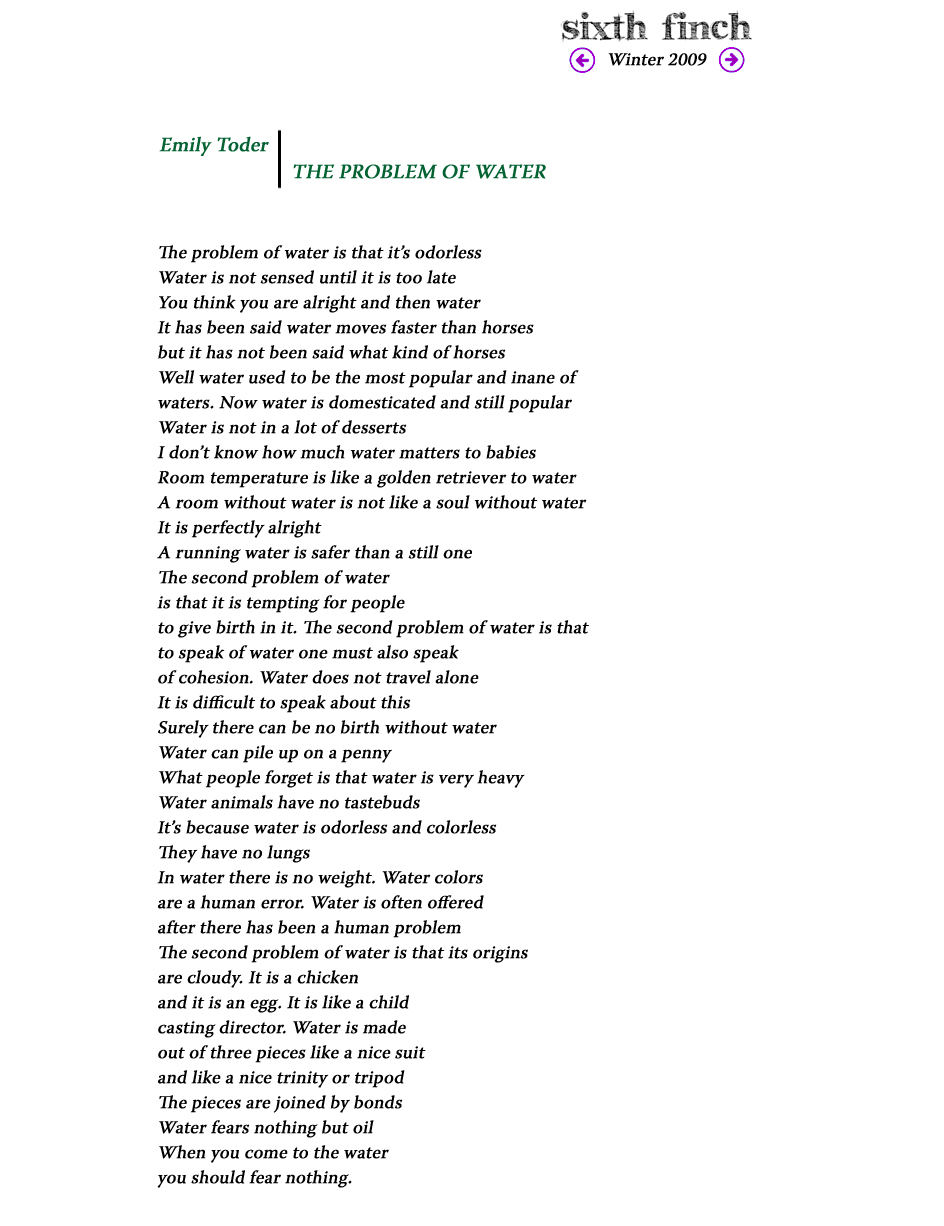 Another exciting book, Dan Chelotti's debut collection "x," is forthcoming from McSweeney's in April.  Advanced copies will be available at AWP in February (Boston).  The cover is being designed by the great artist Ian Huebert.  Chelotti is shown here (left) with Guy Pettit (the poet, dreamer, & creator of Flying Object).  Here are two little excerpts from "x" that I found on Amazon's page:
The rain says, Listen to Debussy, 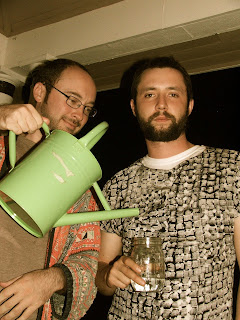 go ahead, Debussy will fix you.—From “Migraine Cure”The secret to including everythingis to intricately divide your mindand then, all of a sudden,undivide it.—From “Still Life on a Scrolling Background”
Read more of his musings here. 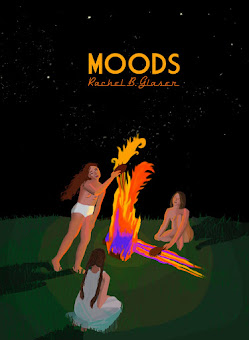